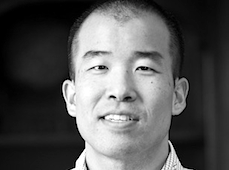 After graduating from Harvard University in 1994, Tom planted newÂ InterVarsityÂ chapters at Harvard and Boston University, then focused on training IV missionaries.Â  In 2000-02, Tom served as a HR Director of a Fortune 500 company and Leadership Pastor in the Bay Area. From 2002-06, Tom planted and served asÂ IFESÂ Country Director of the Mongolian movement, Fellowship of Christian Students.Â  After moving back to the U.S., Tom served as Regional Director for the Central U.S., planting 16 new campus fellowships in 4 states, and overseeing the vision and strategic planning of the Regionâ€™s various ministries (e.g. International Student Ministry, Black Campus Ministry, Urban Ministry, Camps, etc.).

Tom currently serves as Vice-Chairperson of the Board ofÂ Wycliffe Bible TranslatorsÂ and on the Advisory Board ofÂ Leadership and Legacy Foundation.Â He recently has been appointedÂ LausanneÂ International Deputy Director for North America. Â  Tom was part of the 2004-06 Global Leadership Cohort at Fuller Theological Seminary, and has been consulted by leading media suchÂ Christianity Today,Â The Wall Street Journal, and Bott Radio Network.

Tom is married to his wife of 11 years, Nancy, who is a former IV staff and school teacher, now turned full-time stay-at-home mom.Â Together they love going on world adventures with their two daughters, Abby (6) and Olivia (4).