Why the Racial Justice Series?

Our vision is to equip leaders for mission, to equip leaders to make a difference in the world in and through and for the gospel of Jesus. In Galatians 2, Paul rebukes Peter for racial injustice (after he’s been in ministry leading a church for almost 20 years! Let that sink in…). Racial injustice is nothing new to the church. And Verge’s answer to the problem of racial injustice is the same as Paul’s was to Peter – “you’re not living in line with the Gospel.” In other words, you haven’t really worked out the implications of the gospel of Jesus in your life in regards to racial equality. Now, that doesn’t mean that the conversation, learning and background ends with that sentence.

But what it does mean is that, starting with the gospel, we lean into the parts of our lives where we’re not in line with the gospel. And if “bear one another’s burdens and so fulfill the law of Christ” means anything, it means that we love our minority neighbors by listening to the pains, history and struggles that they have uniquely endured (in America specifically), empathizing in the process and not accepting simplistic answers when the problems and struggles are rooted in a history that goes back hundreds of years.

Part of the reason for these interviews is to let you be a fly on the wall with one of those conversations, and model for you what those conversations can look like. It doesn’t mean that you need to be an expert in history, but it does mean that we’re at a pivotal point in America where the dominant culture (white people) will need to, in humility, stop, ask questions, listen deeply, and really seek to understand in order to love well. This Racial Justice series is part of that.

Part 2: The Illusion of Progress

Part 5: Seeing Colorblindness For What It Is

Part 6: Why Colorblindness Is Toxic

Part 7: Why We Should Stop Using The Term ‘White Guilt’

What to go deeper? 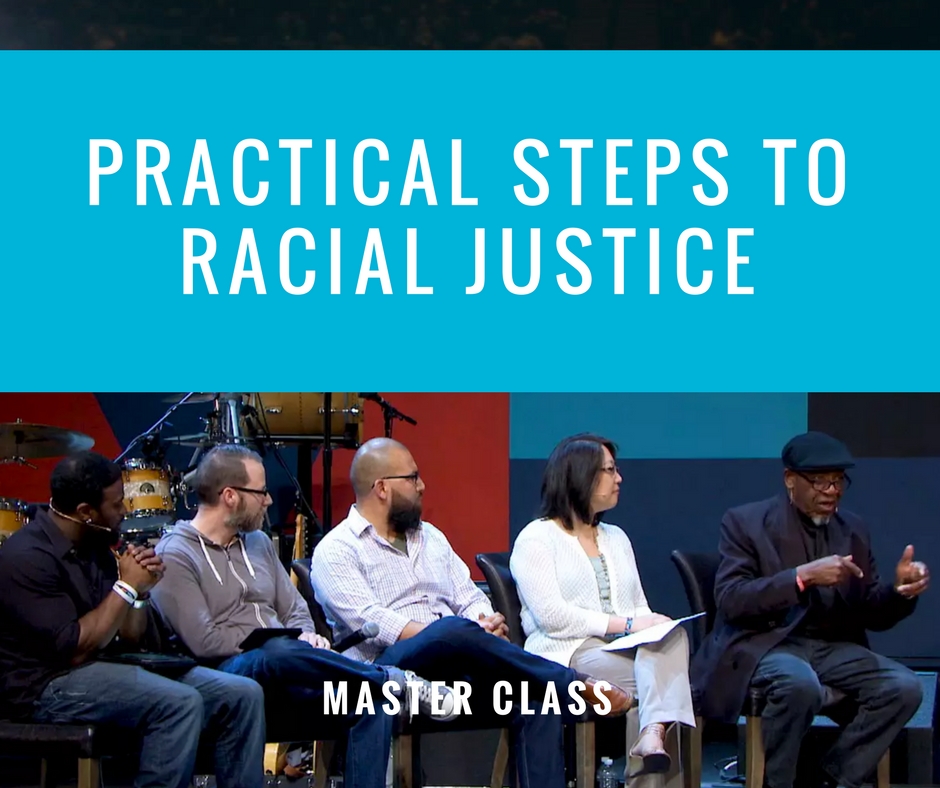 It’s time. Maybe you read a news article on your Facebook feed or listened to a podcast and feel it’s time for you to finally DO something about the injustices in our nation. Perhaps it is time for that. But our African American sisters and brothers have asked that before we speak, we be sure that we have done something else first: educate ourselves… The following list of resources is far from exhaustive, but will serve as a springboard for those who want to learn more about racism in America right now. [Read More]

…During an event titled “Race and the Christian” with John Piper, Tim Keller, and Anthony Bradley, they surfaced a number of the challenges and difficulties about the topic of race in the Christian ministry and church contexts.

One particular segment during the Q&A portion was particularly poignant (and insightful, to me, so much so, I’ve transcribed it below), where Anthony Bradley raised the question of how difficult it is to be discussing topics related to race, due to the power differential between the whites and non-whites. Tim Keller makes quite the effort to explain the systemic problem of white privilege. [Read More]

Racial Justice and the Goodness of God – Russell Moore

The struggle for civil rights for African-Americans in this country wasn’t simply a “political” question. It wasn’t merely the question of, as Martin Luther King Jr. put it from before the Lincoln Memorial, the unfulfilled promises of the Declaration of Independence and the U.S. Constitution (although it was nothing less than that). At its root, Jim Crow (and the spirit of Jim Crow, still alive and sinister) is about theology. It’s about the question of the “Godness” of God and the humanness of humanity. [Read More]

Race and the Christian: An Evening with John Piper and Tim Keller, Moderated by Anthony Bradley

Race and the Christian: Q&A with John Piper, Tim Keller and Anthony Bradley

The challenge with white privilege—the idea that white people, in most cases, have easier paths than most black people—is that most white people cannot see it. We assume that the experiences and opportunities afforded to us are the same afforded to others. Sadly, this simply isn’t true. [Read More]

An appropriate gospel-centered response to the category of white privilege from those who are privileged is neither to deny the existence of white privilege nor to feel guilty because of privilege. Instead, privileged Christians (regardless of their race) should praise God for their privilege, and think prayerfully and carefully about how they can use their privilege in a God-honoring, Christ-exalting, and Spirit-filled way to advance God’s kingdom on earth and to make those less privileged happy in Jesus since Jesus used his divine and spiritual privilege to help those who were spiritually disadvantaged (2 Cor 8:9). [Read More]

What we should understand, first, is that this crisis is not new. Many white evangelicals will point to specific cases, and argue that the particulars are more complex in those situations than initial news reports might show. But how can anyone deny, after seeing the sheer number of cases and after seeing those in which the situation is all too clear, that there is a problem in terms of the safety of African-Americans before the law. [Read More]

Why It’s So Hard to Talk to White People About Racism – Dr. Robin DiAngelo

I am white. I have spent years studying what it means to be white in a society that proclaims race meaningless, yet is deeply divided by race. This is what I have learned: Any white person living in the United States will develop opinions about race simply by swimming in the water of our culture. But mainstream sources — schools, textbooks, media — don’t provide us with the multiple perspectives we need. Yes, we will develop strong emotionally laden opinions, but they will not be informed opinions. Our socialization renders us racially illiterate. When you add a lack of humility to that illiteracy (because we don’t know what we don’t know), you get the break-down we so often see when trying to engage white people in meaningful conversations about race. [Read More]

Black and White: Racism in America – The Liturgists Podcast