In this repost from The Upstream Collective, Zach Bradley, the international missions pastor at Sojourn Community Church in Louisville, Kentucky, discusses what it means for churches to respond to global terrorism as they send people to the nations in obedience to the Great Commission.

What does it mean for churches to respond to terrorism in their sending?. @zachsbradley @vergenetwork

Not every sermon has to be like John Piper’s “Doing Mission When Dying is Gain” or David Platt’s “Divine Sovereignty: The Fuel of Death-Defying Missions,” but some of these horrific events should be intentionally acknowledged. Songs and prayers that lament the brokenness of our world instruct the body of Christ, give it ways to express grief and longing, and allow it to join God as he uses even tragedy for his glory. Mission leaders don’t have to hesitate in connecting the dots for their people: going is “not all romance and radical adventure” (Burns). Leaning hard into Jesus’ teaching that people will kill you thinking they are giving service to God (John 16:2) is not only relevant, it’s compelling. That is, it compels people who, according 2 Corinthians 5:11-15, are so captured by the love of Christ that they want to persuade others. How is it that the church is actually emboldened in the face of threat? A shaken church in Acts 4:23-31 seems to show this is how it’s supposed to be. Sweep it under the rug and people will hide there. Talk about it openly and see people strangely eager to go, like Ronnie Smith, whose “confidence grew that Christ was worth every risk he would face” even as his awareness grew of Libya’s dangers. A war draws warriors. And we are at war for the souls of men.

Local churches must lead their people to count the cost.

Though global mission has never been a safe venture, those who pay attention to current trends understand that indeed no place is beyond the reach of danger. The attack on Westgate Mall in Nairobi especially awakened me to this reality because it’s one of the places I frequented on vacation while working in east Africa. One image that continues to haunt me is a blood-splattered cafe where I used to relax with a big bowl of ice cream and not a care in the world. People need to wrestle with the reality that they may be caught in the cross-fire—not even because of their witness—but simply for being in the wrong place at the wrong time. Ultimately, it’s more likely that their hearts and minds will be guarded by Christ with peace that passes understanding (Philippians 4:7) if they’ve considered the risk rather than ignored it. And this is only possible if church leaders themselves have felt the weight of sending their little flock out among wolves (Luke 10:3).

Most of those who work for or with mission agencies get this stuff. That’s because they’ve been around long enough to see some caskets come home. And that’s why they often provide training for how respond in hostile situations. But more than training, many of them have a network on the field and plans for evacuation or emergency medical care or hostage calls or any other number of things you don’t want to be fully responsible for when you get a frantic international phone call at 2am. Partnering with a missions agency does not exempt the sending church from being actively involved and even owning major parts of emergency situations, it merely empowers them to care more holistically for their people through the expertise of agencies.

Local churches must care for those they’ve sent.

The realities and possibilities of global terrorism are all the more reason for churches to remain deeply connected to their sent ones. Is is likely that one of your sent ones will be killed by terrorists? No. But that doesn’t mean that they won’t be crushed (Romans 8:36). As we speak there are missionaries in Europe who are reeling from last week’s attack in Paris and seriously considering coming home—or at least quieting their gospel witness. Churches need to draw near, ask good questions, help them process, and encourage their resolve to trust and obey Jesus. Give them outlets for sharing how the situation is affecting people so that the church can pray with insight. Remember that in today’s world your sent ones may feel a constant low-grade threat—even when they’re on vacation. That’s heavy. They need you.

Local churches must have a plan for how to respond to tragedy.

If something does happen, what would you do? I know, it’s a question none of us want to think about. But it was one that The Austin Stone was forced to deal with when their own Ronnie Smith was killed. And there’s much we could learn from their example, including the way his wife Anita responded and how the church addressed it. Perhaps, considering this question is part of the church’s task of counting the cost. Realizing and acknowledging the nature of sending—the kind that the Bible describes—will lead churches to prepare for the best and the worst. Though for them, and only them, do they do so with joy inexpressible and full of glory because death—and even the threat thereof—does not have the final word. 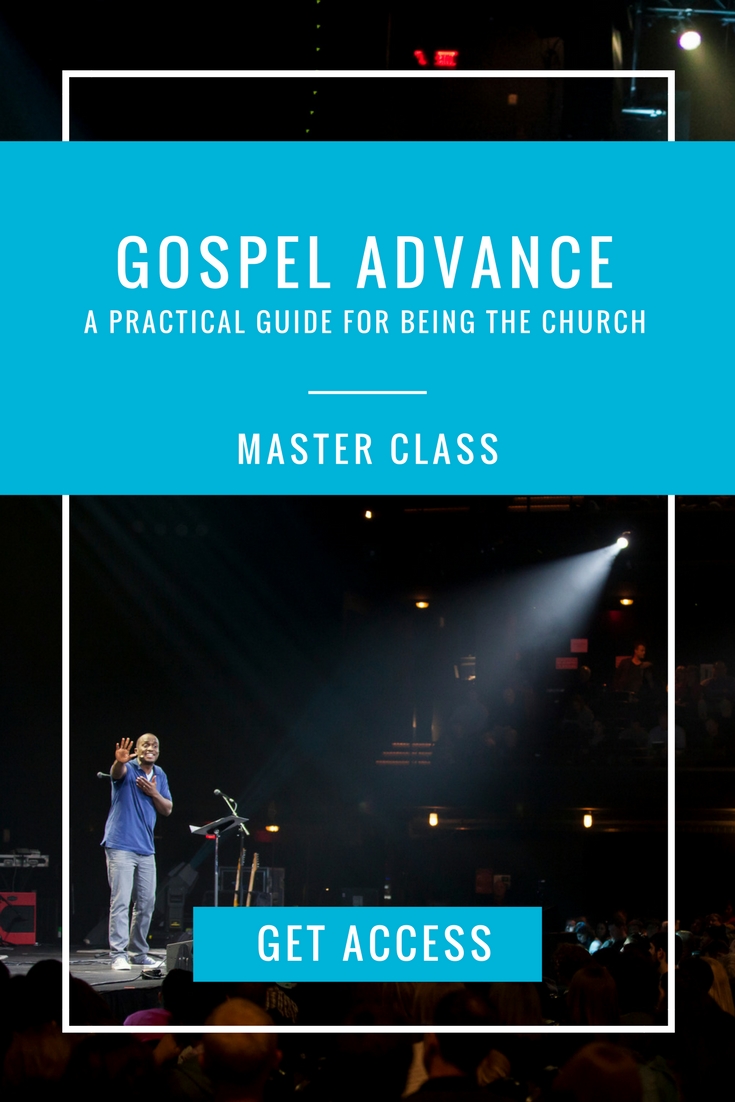