A few months ago, I had the privilege of sitting in the audience and listening to many who have gone before me in New York in planting and leading churches. These individuals were joined by Luis Palau, the Latin Billy Graham, who is an evangelist approaching years old who has spent his life traveling the world preaching the gospel of Jesus Christ. His legacy is quickly becoming the transformation of Portland through the work he and his sons have done to unite churches to partner with the city’s government to seek the good of the city. These leaders were gathered to begin a city-wide effort to unite churches to serve and extend the gospel to the city.

As I sat in the audience, I was moved by the unity I watched, as a picture of the Kingdom of Heaven was put on display as various denominations, races, and ethnicities came together for Christ and His work in our city. Even more than the unity on display, I was amazed by the faithful longevity of the leaders. Everyone on stage had been serving God faithfully for many decades, having walked through the highs and lows of ministry in our city.

What stood out to me was their missional longevity, a long-term faithfulness to God and His call to love all with the gospel.

In the missional Christian culture, we can be obsessed with creating movements and doing so quickly. You can attend conferences called Movementum and read a dozen how-to manuals on creating a movement just like they did! In the midst of this obsession, tireless push and focus on movements, it’s a long obedience in the same direction that stands out and offers hope that a movement could ever be possible.

Every missional movement fails without missional longevity, but we would rather bypass longevity for the microwave movement.

Preferring Quick Movement over Long Faithfulness
The language you will hear at most conferences centers on the path to the fast-moving, exponential movement and the steps you need to take so it happens in your church like it has happened in their church! We are drawn to this because it invites us to depend on our strategies and ideas, not on our God to accomplish far more than we can ask or imagine.

When I watched these leaders on stage, I was amazed at their faithfulness to God, to loving others, and loving their city. I imagined what it would be like to be faithful to God for the next 3 decades and watch as God transforms my church and my city.

But I also wondered, are we, the American evangelical church, willing to simply be faithful to God’s call for us as the church or will we bend to every new trendy movement?

Are we willing to simply be faithful as the church or do we need to be a part of the next trendy movement?

Is it wrong to want a movement?
No. It’s not wrong to desire a movement of God. It is God’s heart to see His people revived for the good of all nations.

The problem comes when we desire and push toward a movement more than we desire and push people toward Jesus. Our language begins to emphasize the activity we must do rather than the intimacy with God we must enjoy. Our language begins to sound more like a scorched-earth movement that moves fast and accomplishes things quickly, but leaves people hurting and helpless in its wake.

The great problem with movement language is that it becomes more about the movement than about Jesus.

The great problem with movement language is that it becomes more about the movement than about Jesus.

The type of movement we need is one that produces long-term change and faithfulness over short-term activism and effort. We can learn from the movements and revivals that have gone before us and faded.

The Pursuit of Jesus as the History of Movements
A history of movements, or revivals, reveals to us a few things.

First, no revival happens without a passion for the pursuit of God in prayer. From the businessman’s revival in my own city to the Great Awakenings, the beginning of these movements was in the prayers to God, not the perfect plan for God’s church.

Second, there are things that keep us from movements and it is not the lack of our best laid plans. The things that keep us from movements are our small thoughts of God and greater enjoyment of things less worthy. Only in the pursuit of Jesus, do the circumstances and desires of our lives and hearts get reshaped for God’s movement to begin with us and go out to others.

Third, the death of movements are found in the trust of men over the trust of God. Jonathan Edwards lamented about the spiritual pride he saw at the tail end of the Great Awakening as the failure of any movement or revival.

Lastly, our over-emphasis on movements conveys a thought of great emotion, overwhelming numeric growth and transformation. May God do these things, but may we not overlook the movement of God in the ordinary lives of His people as they are transformed. May we seek a movement of the rehumanizing of the people of God as we return to God’s intent for our lives at home, in the church, at work, in the world, and most especially in our own hearts.

Pursuing God as our Movement
The invitation of God is to pursue Him as our movement. If we get growth numerically as a church at the cost of people being transformed into the image of God in Christ, we’ve gained nothing. But we lose nothing if we make God our movement pursuit and faithfulness to Him our aim.

Movements can be distracting if they are not the “long obedience in the same direction” that Jesus has called us to work toward. The long road of disciple-making faithfulness that multiplies a His fame through His people’s faithfulness.

The difference we long to see in our churches and in our cities, the difference that will be lasting, is only accomplished by missional longevity. 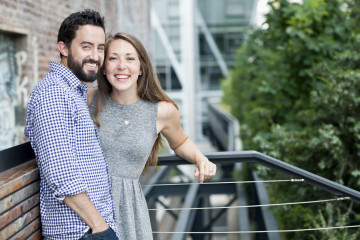